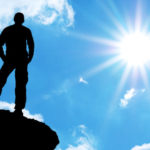 CloudBees announced today the appointment of Stephen DeWitt as its new CEO, taking over from Sacha Labourey, who will become chief strategy officer. Labrourey said after leading the company for the past 10 years, and after a banner year that saw the company generate more than $100 million in revenue, the time was right to […]