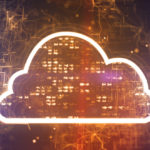 CloudBolt Software today released a Winter update to its cloud management platform that aims to bridge the divide between DevOps teams and traditional IT administrators. IT administrators can now employ the CloudBolt platform to invoke the open source Ansible framework for automating IT processes and workflows using a graphical user interface (GUI) surfaced via a […]

The post CloudBolt Software Aims to Bridge DevOps and IT Divide appeared first on DevOps.com.