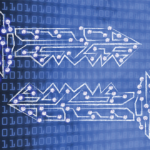 The Cloud Native Computing Foundation (CNCF) announced this week that the Open Policy Agent (OPA) project, which many IT teams are employing to manage compliance as code, has officially graduated. Torin Sandall, co-founder of the OPA project and vice president of open source at Styra, whose compliance management platform is based on OPA, said formal […]